Ho there, ladies and gents.

Another week, another gripping tale of Labyrinth Lording from the table of Paul and the 10d gamers.

So when last we left off we'd dragged our half mangled carcasses back to the hidey cave after making two assaults on Skull Mountain and the evil thieves guild/cult we'd found there. We'd managed to liberate three prisoners from the depths of the tunnels, and once they'd snapped out of their drug induced catatonia there were introductions all around.

Foremost among them was a swarthy, tattooed fellow from a far off island kingdom to the south, who's name escapes me at this moment but who claimed to be a prince of his land. In general, the fellow's name was difficult to call to mind, so we took to just calling him The Prince (in much the same way my character is known as The Deacon). He was a fighting man, and seemed game for ongoing adventure, but he copped an awful lot of attitude for a guy with no pants.

The other two rescuees were mercifully more clothed, and one of them was, I'm quite happy to say, the object of our quest, Belanus Beechson the wayward acolyte of the temple of the Good Earth in Greenwild. The other guy was a merchant caravan guard who'd fallen afoul of the Obsidian Order. His name also escapes me, but that's all right because sadly he didn't last very long...

As night fell and we bedded down, around about the second watch we heard howling coming from outside the cave, and soon two gimundous wolves came sniffing around looking for a late night snack. They were as big as ponies, and The Deacon was afraid we'd have to do some more lycanthropy checks. 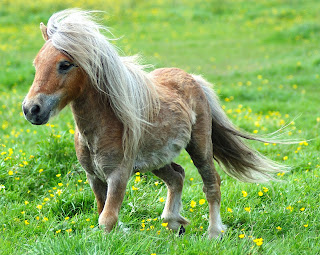 Ponies, I tell you! Pooooooooonieeeeeees!
Well, turns out this was a prime opportunity for our elven wizard Hearth to test out that Ring of Animal Control that The Deacon gave him. He reached out and took control of three of the brutes, stilling them and making them docile, while Kashim leapt to the attack with slashing sword to fight off the one that was dragging caravan guard guy away screaming.

After a furious fight, the beast lay dead, and three of its fellows were mesmerized by Hearth's ring. Sadly, caravan guy had succumbed to his wounds and lay dead as well. We stabbed the rest of the pack and stacked 'em up outside, then buried caravan guy next to Jantz the Ranger in the back of the cavern. (Sorry caravan guy. Your name's inscribed on the rock where you'll always be remembered... somehow... Meh...)

Thankfully, the fact that Hearth could control the beasts indicated that they were just regular old worgs or something, and that I wouldn't have to do any regular checkups to make sure somebody in the party wasn't gonna go all lycanthropic on us.

So anyway, the rest of the night passed uneventfully, save for a spirited debate on what our next move was gonna be. We could either head for Bridgefair, which was nearer and had more stuff, or we could make our way to Greenwild and drop off Belanus for the deposit.

We decided to head for Bridgefair. Partly so we could do some shopping/selling, but also 'cos that pointy eared bastard Tinhelm had stolen our horses and we wanted to git him while the gittin' was good.

So we trudged our way over hill and dale, and if there was gonna be a title for this stretch of travel, it would be "Hearth's Wild Kingdom". We had a couple encounters, and in both cases they were easily dealt with through our elf wizard's new found control over the critters.

Once, as we passed through a wooded area, we chanced upon a stampede of muskrats crossing our path, followed closely by a pair of giant weasels. The creatures turned on us, their fangy jaws slavering, but Hearth took one over and had it spring at it's companion, resulting in a big, bloody weasel fight. Once one had overcome the other, we slew the survivor lest it turn on us next. Weasels... they totally want to rip your flesh... Next time, use more chlorine in the pool, buddy.

After having conquered the giant weasels, we made our way along to Bridgefair. When we got there, we found the city prepping for a siege, as an unknown army based in Restenford was making its way toward them.

After consulting with the gate guard, we opted to take a quick jaunt into town before the gates closed, maybe for good. Well, those of us who weren't wanted and liable to be killed on sight went in.

We hit the mercantile section of town, first stopping at our favorite place, the gnomish jewelers. Sadly, the adorable little guys weren't buying after having been robbed of their gold by some enterprising thieves. I guess we caught them while they were a little short. HAH!

We did pay for them to appraise the handful of jewels we'd gotten hold of in our recent adventures. Unfortunately, they weren't worth much more than 2 gold apiece, but still it was better than nothin'.

We thanked them and wished them luck, then headed over to the horse trading/ration selling part of the market. There we bought up a stock of trail rations for our long journey to Greenwild, and purchased a couple mules to haul the food and to help along our recently handicapabled' companion Klint.

As the sun set, we hied ourselves out of town, asking at the gates if anyone had seen an elf in a big shiny hat lead a train of horses over the past couple days. Turns out one of them had, which was a disappointment to some of the party members who'd hoped it was all a big, expensive misunderstanding. So yeah, we've got an elvish horse thief on our hit list.

The real bummer of it all is there's no getting those horses back. They'll have been drafted into the war effort, and since Prince Hank seems to favor a head on pike style of justice there's no real legal recourse for it. Ah well. I'll miss ya, Buttercup.

After spending a bit more than we should have on ferry rides to keep a river between us and the approaching army, we set out from Bridgefair and headed toward Greenwild. 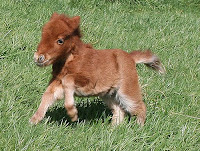 As we passed thru the hills, we encountered a bunch of wild horses, and Hearth unlimbered his magic ring again, culling two of them from the herd while the rest galloped away. The Prince was ready and willing to give chase to them, but we decided we were happy enough with this horsy windfall and called it a good outing. As it was, the wild mustangs were difficult for anyone but fighters to control, so with a couple extra rides we continued on our way.

After a couple more days uneventful travel, we made it to Greenwild as night fell. We hustled Belanus Beechson to the Temple of the Good Earth and presented him, and folks were all glad to see him. Thus, we closed the book on SOMETHING at least. Kashim's public nudity and befouling of a sacred aquifer were forgiven, and the priests even were willing to tell him about the Good Earth and the wonderful plan it had for his life. They were also cool enough to put us all up for as long as we wanted to stay in Greenwild, which is groovy. The bread was good, at least.

So now we were settled and feeling something of a financial pinch. We re-encountered Garant Graywand, our groom, and Darius the dog handler, which was awesome. Also awesome, after our big horse loss, was the fact that we still had our two drafters and the cart, as well as our faithful dogs, Yøgund and Liam. Garant was glad to see us, and we set him to work training our newly acquired riding horses. Hirelings rock!

With that in hand, we decided what we wanted to do next was go back to Skull Mountain and clean the place out once and for all. The longer we let 'em sit, the more poor schmoes would get captured and sacrificed, and plus that treasure ledger we read in the counting room was pretty attractive. So we set about arming and equipping ourselves for a big expedition and frontal assault.

We bought a bunch of rations, and went to the Good Earth temple and got hold of a vial of holy water from the newly re-filtered fountain, as well as a three dose vial of healing potion and a healing scroll with three charges at pretty reasonable prices. We found a carpenter who sold us a good peg leg, lightly used, for Klint. And finally, we went around to the tavern and recruited another bunch of henchmen. We got three after we made our pitch, two burly miners named Ouri of the Evening Eye and Malatier the Boar, and a jittery little guy who called himself Hare Sarlickson, who claimed to be "fast! fast!". So two fighters and a thief. Good haul, all told, we need a few extra coffin stuffers to round out the group now that we're down to just Frog.

And thus, armed up and kitted out, we rolled out the Greenwild gates, destination... Skull Mountain.

And that's where we left off.

So yeah, a good session. One of those that's more shopping and book-keeping than adventure, but still some interesting stuff with Hearth and the magic critter gitter ring. I'm of course concerned about Bridgefair falling under the eye of whatever conquering force put the nom nom nom on Restenford, but heck, I guess if we keep a couple towns ahead of 'em we'll turn out okay. I hear Rosewater's nice this time of year.

Anyway, thanks again to Paul for running this hootenanny and thanks to the internationally flavored 10d gamers for being such a fun group.