Hobbits and History. A personal reminisce. 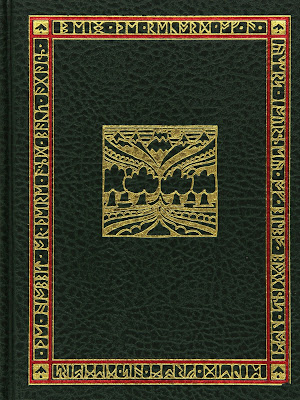 This week, my good friend Delta wrote a very interesting post regarding his reading The Hobbit for the first time. This led me to reminisce a bit about my own history with the book, and its much grander sister work The Lord of the Rings.

I was gaming regularly with Delta back when the Lord of the Rings movies first hit the scene back in 2001. I remember being taken aback that several members of my gaming circle had reached adulthood as D&D players never having read the books. Then as now I just took it as a lesson that you can never take shared cultural context completely for granted. Everybody's got a different path, after all, and they're all valid.

As for me, the Hobbit and the Lord of the Rings are dear old friends. I was a child of five years old when the animated Rankin/Bass Version came out, and was instantly taken with the tale. It still holds up, in my opinion, especially with the likes of John Huston and Hans Conreid in the vocal cast.

Not long afterward, I think perhaps on the night of its original broadcast if not a few years later, my parents pulled out their copy of the book and started reading it to us every night before we went to bed, followed eventually by the Lord of the Rings.

My folks weren't hardcore fantasy nerds like I wound up being, but they did have enough interest to sow the seeds. They had all of Tolkien's works, and my Dad had a collection of Howard's "Conan" paperbacks, complete with Frazetta covers and all.

Flash forward to a few years later. Every summer my Mom would can fruits and veggies for the winter, and while my brother and I helped chop up green beans or run apples or tomatoes thru the squeezo, we'd listen to a 2 record set that was essentially the soundtrack and vocals from the Rankin Bass animation on beginning to end repeat over the course of the long afternoons.


My folks saw Ralph Bakshi's animated Lord of the Rings in the theater, but we were much too little to see it at the time, so the most I saw of that movie until much later when I rented it on VHS from our local video store was a coloring book.


It wasn't that impressive even in the mid to late eighties when I saw it, and I've always kind of viewed it as a case study of ambition outstripping resources. (Particularly toward the end when it devolved to colorized film footage of guys in bad wigs and gorilla masks acting out the climatic battles around Minas Tirith).

All told, between that, and Rankin Bass' perfunctory attempt at animating "Return of the King" seeing Lord of the Rings on the screen was kind of a mixed bag until the big breakthrough of Peter Jackson's magnum opus in 2001.

Doubling back to the books, however, was a regular thing for me and my family. Especially the Hobbit, which is much more of a complete morsel of a story and easier to savor and digest. (I'm not going to dignify the three part cinematic monstrosity of recent vintage with any more mention than this. Dig up the Rankin Bass version, you'll enjoy it more.)

Autumn was usually the best time to read it, when cooler days and changing leaves formed the perfect natural backdrop to the tales Tolkien spun.

It will always be a good old friend, no matter how the tropes and story elements it introduced are revised and repackaged by fantasy media. Well worth the time getting to know it, which is why I'm happy to see Delta, or anybody else, packing up a bindle of seedcakes and their elven dagger and joining those of us who've gone on this hobbit's holiday before.