No loot acquired, no monsters mashed. The door was opened, the gorgon released, it breathed a blast of petrification gas up thru the hole in the decanting room, and the rest is fossil record.

Life changes undergone.
Greed, Ritzy, and Tysis have been petrified by the gorgon’s breath. Their minds have been transferred via electro-impulse waves into the silicon based skulls of three of the gargoyle things you fought down in the cave while the Von Himmels try to figure out how to de-petrify them. Blutarch has suggested pulverizing the bodies with explosives and sifting the remains for organic matter to regrow in the tank, but this idea isn’t currently in favor. What the group’s next move is is still up for grabs. 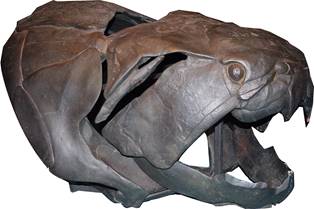 Well, in this session the party went in for the triple dip on the Vault of Draco, but sadly things went kinda bullish (actually, sorta bearish) for the poor lambs as they released the ancient gorgon from its storage container and got chased into the cave under the basement of Von Himmel manor. The bovine beast breathed its petrifying gas after them as they escaped up the rappelling ropes to the good Doctor's lab, and three of them wound up as lawn ornaments as a result.

With the entire party's offensive line out of commission, the rest of them put their heads together with their patrons the Brothers Von Himmel to work out a solution.

Through a strange quirk in cranial lithographic thought transfer, Doctor Von Himmel was able to transfer Tysis, Greed, and Ritzy's minds into the corpses of the primordial cthonic monsters they fought on Draco's doorstep. Thus installed in at least combat ready donor bodies, they were ready to go forth and figure out how to get their expensively modified physiques out of rock mode.

(This was a very much on the fly solution on my part to having 3 players suddenly without viable characters. I think it suited the kinda gonzo tone that had developed, rather than just having them roll up 3 disposable randos to wander up to the manor and volunteer to to help out 3 total strangers, two of whom were multi-armed monster murder machines.)

I should note some other changes to the party lineup here:

Arongoth's player had tired of playing a half cleric/half vegetable with a penchant for necromancy, and thus had decided the potato priest should wander off in search of further adventures in auto-hydroponics. His replacement character was a female barbarian warrior princess named Srehn, who had a knack for flamboyant finishing moves and acrobatic sword combat. Pretty awesome!

Somewhere around these sessions Vlad's player decided it was safer if his bat winged head was actually bat sized, and concocted a permanent Shrinking potion in Von Himmel's lab, thus upping his AC and arranging for a birdcage to be installed on the neck of his zombified body. If anybody could make that look work it was Vlad.

Tao the Druid may have been henching for this last session, as her player had left the company we all worked at, but after this she also wandered off to commune with nature.

Stay tuned for Friday as the party begins to search for a cure for their stony situation.