HELGACON III - The Game That Got Away

Okay, so now is the time in my travelogue of Helgacon III that I would be talking about the fourth game I took part in, but alas, it was not to be. The damnable cold or whatever it was had gotten the better of me, and forced me to miss the Saturday night session (ironic considering the blog, no?).

And it was a real drag, 'cos what I was missing was Delta running "Steading of the Hill Giant Chief" in AD&D. 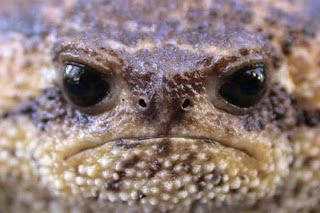 I consoled myself a bit later in the evening by staggering down as they were cleaning up and getting a little chance to talk gaming with him before going back to bed.

So lemme talk a minute about my good friend Delta. (I'm still blushing a bit from the kind things he said on his blog here, and feel compelled to reciprocate a bit.)

I've been gaming with him for a decade now, although less frequently these past five years since he moved down to NYC for greater adventures in math and punk rock. His old crew here in Boston all miss him dearly, and oftentimes when game talk wends its way to old school play, we're reminded of the man who was old school before old school was cool.

Back when 3rd. Ed. was the new hotness and we were all converting our office round robin campaign to the new rules, he was happy to try it out, but often said that he'd prefer 1st. Ed or older. I've always considered him a scholar of the game, and as I get deeper into this old school thing, time after time I find myself coming around to viewpoints that Delta's been espousing all along.

As a DM, he's like that hard, uncompromising teacher who won't baby your dumb ass through the course he's set, and if you prevail it really means something. As a case in point, putting the Tomb of Horrors in Delta's capable hands is like putting a Stradivarius in the hands of master violinist, and has resulted in some of the best D&D play I've ever experienced. "Tough but fair" is the cliché, and I think it applies. All told, at the end of the day, that's how it SHOULD be played. You wanna self actualize, then write novels, otherwise, man up and roll the damn dice.

As a player, well, there are sometimes you just click with someone around the table, and Delta's one of those guys. He brings a lot of energy and charisma and a great sense of humor to the game, it's always a blast to play with and off of him.

He's played some pretty memorable characters through the years: Heregar the Cleric and his sidekick Windstick the half orc monk. (The first in many instances where we all noticed Delta's tendency to play two characters at once.) Valgus the loveable drunken warrior, the Dean Martin of Treigue. W.O.R.G. 1.4 and Thunderhead, of my superheroes campaigns. The infamous Red Wexler, about whom the less is said the better. The list goes on and on.

So what's my take on the whole no clerics/no thieves debate that him and Paul seem to constantly be having? Well, I agree with Delta that having to figure out gods and religions does sometimes bend the game world into shapes it doesn't need to be bent into, and a constantly prosetylizing party member is a pain in the posterior. (I'd like someday to play a cleric of a mystery cult. "No I'm not going to tell you about my diety, it's none of your damn business.")

I also agree with Paul that fiddly, arbitrary skill lists find their early seeds in the thief class, and skill lists are, I'm coming to realize, a drag.

That being said, I guess I'm enough of a traditionalist to feel like kicking thieves or clerics out of the "fab four" is tantamount to kicking George or Ringo out of the Beatles.

So when it comes down to clerics or thieves, I say "Yes!"

But anyway, the whole point of this post is to give a shout out to one of my homies, yo... One of the pillars of the core group, one of the original MacGoohen Brothers.