Okay, so I'm going to wrap up this week of Helgacon III coverage with some reminisces about the prior Helgacons.

Helgacon as an institution got its start from a weekend of gaming at my buddy Scott's parents' place up in New Hampshire. This was about a year or so into the regular Thursday night game that my gaming group was founded on. We drove up Friday, spent the weekend playing Warhammer Fantasy Roleplay, and had a fantastic time.

So we wanted to recapture the magic. My primo amigo and current Labyrinth Lord Paul has always stepped up to organize events, from our annual trips to Gen Con to our regular, once a month Saturday game gatherings. He figured if we looked, we could find a vacation house down on the Cape someplace for relatively cheap in the off season, and we could all drive down and spend the weekend gaming. (And at this point, I'll repeat what everybody involved has often said, but should say even oftener. Thank you, Paul, from the bottom of my heart, for being such a dedicated cat herder and happen maker. You rock, and we wouldn't have half as much fun as we do without you shouldering the clerical duties.)

The first Helgacon was awesome, but was kind of disorganized. We held it in one of the attendee's parents' summer home down on the Cape, which was a really nice venue. We all brought a heap of games to run, and spent most of Friday night dickering about what would be played and who would be in what. By the time we were done, it was late and everybody was tired, so most folks turned in, except for a crew of die hards who joined in on the only game I would personally run that weekend, Science Patrol, GO! 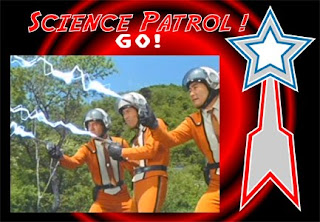 This was a quick n' dirty homage to the old Ultraman T.V. show, played using the Savage Worlds rules. It was a hoot, and I'm probably going to bring it to Gen Con this year as a pickup game.

The rest of the weekends games were indeed awesome. I played in a D&D themed Toon game run by Emily (Where I played Albert the Owl Bear, a world weary French bear in an owl costume riding a unicycle, who really wished he could break into Mime), a pulp Savage Worlds game run by Paul where we were first introduced to those lovable scamps, the Davies brothers, and the piece de resistance, Delta's famous Tomb of Horrors session. There was also a fantasy themed Savage Worlds game on Sunday morning run by Paul.

Helgacon II found us in a new location, at this great little house in Yarmouth, where we've been ever since. We got more organized about pre-reg, so that when we got there we could just get going on gaming rather than spend all of Friday arguing who'd play what. I had two offerings that weekend, and both went swimmingly.

The first was a Mutants and Masterminds game. 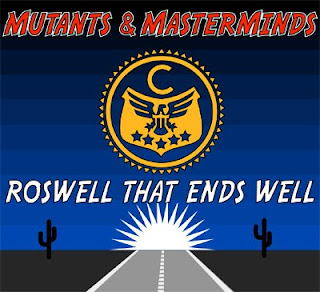 This was a period piece set in the 1950's, pitting America's premier superteam, The Crusaders, against foreign agents and supervillains. 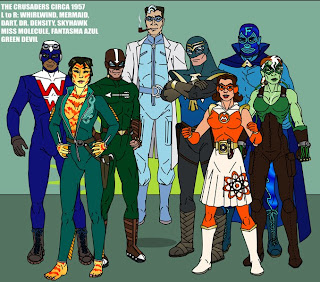 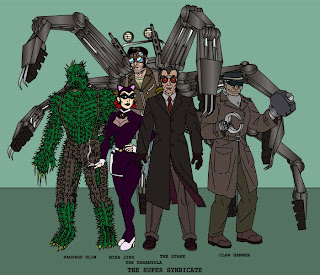 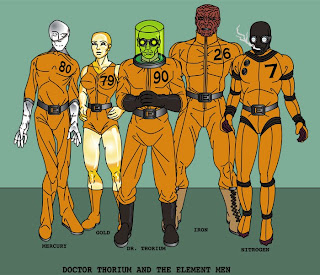 The second was L.I.B.R.A - Smoke and Mirrors. 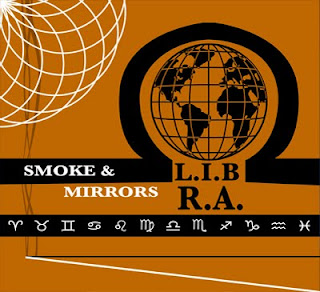 This was a Savage Worlds game rooted in spy themed TV from the 60's, stuff like The Man from U.N.C.L.E and The Avengers. I had a cast of characters, and any that the players didn't pick were my enemy agents. I also randomly rolled the plot from a bunch of tables I'd created. Overall, it was a good session. 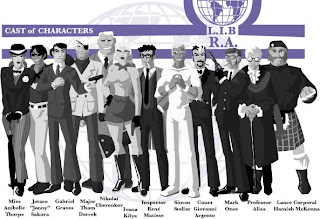 The lesson I learned from Helgacon II was no more proposing games then trying to create the material by the con. From here on out, if I don't have it 80% in the can, I won't throw it into the ring.

So there you have it, Helgacon past, present. Lookin' forward to the future with excitement. Helgacon IV! Better git crackin' on the stuff I'm gonna run.
Posted by BigFella at 6:44 PM