Arongoth has continued taking Mandrake powder, and has gained rubbery, boneless arms that can extend out to 20’ and some sharp toothed buds that bite for 1d4 and may grow bigger over time.

He’s also learned the recipe for Krenshaw Powder, which requires a copious amount of Greenishghoul plant, sulfur crystals, powdered bone, and over a pint of the user’s own blood if they wish to wrest control of the undead abominations instead of just making them murderously free willed. 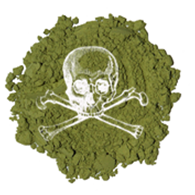 Back to normal, hour long (give or take) sessions, in this one the party, now full strength due to being rejoined by Arongoth and Tarvinir, tracked down Ritzy's errant body and took it down with as little damage as they could manage. Arongoth used the old standard spell-killer Silence 15' Radius to keep the battling body from casting its Charm on them, and they wrestled it into submission.

They took the inert hulk back to the operating room, where Doctor Von Himmel got back to work and hooked up the safeguards that would keep Mongo, the Terror of Belgravia, from ever taking Ritzy's body over again. (Probably. It didn't come up again in the campaign, alas. But believe me, it would have...)

Arongoth explained his absence the prior megasession was due to both doing research, and downing a couple more doses of Mandrake Powder. The resulting mutations were striking, to say the least, and to this day I'm pleased with the progressive en-weirdening I got to pull off on this character. (Not the weirdest, though. Stay tuned for that in the future. Hee hee hee.)

He also did some research in the Von Himmel family's extensive library of forbidden and obscure lore, discovering the recipe for the horrible green powder that had been used to such dreadful effect against his mini-hordes of shambling skeletons and zombies in the past.

Consider adding Krenshaw Powder to your campaign, DM's, especially if you've got a cleric or mage who likes to abuse Animate Dead. Just a pinch will turn basic, automata style undead like zombies and skeletons against their users. (Or against everybody if the user hasn't mixed in the requisite pint of blood.) Whether more powerful concoctions of this formula exist that could turn created undead minions of vampires, ghouls, wights, and specters against their masters, and just what grisly ingredients that might entail, is an exercise best left up to a more sinister mind than mine...