A Thousand And One Tales Yet To Be Told 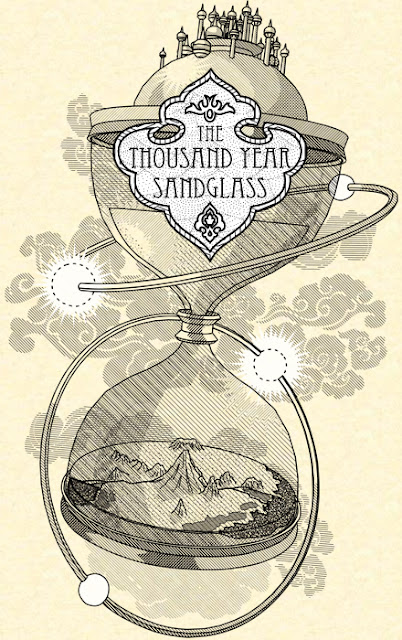 So over the past month I've been working on the first of a series of books about my Thousand Year Sandglass campaign. It's progressing nicely, and I just recently got the written part of it mostly roughed out.

The base rule set is Labyrinth Lord. It's got four new classes, sections about monsters and treasure, a whole chapter dedicated to randomly generating adventure and intrigue in the grand old city of Kalabad, and eight fully mapped and keyed scenarios of varying sizes for a teller of tales to drop into their own game.

It's essentially a toolkit for building an Arabian Nights themed sandbox, and following books will provide more features and scenarios to expand on this unique world.

Now I've just got the interior illustrations, the cover, a few more textual extras, and a whole big heap of proofreading and editing to do.

So this post is mostly a progress report and a little bit of a waving the flag to get folks interested. It also makes it harder for me to procrastinate if I announce it publicly, so if you hear the faint sound of a whip cracking fear not, that's me on either end of it.

Were I to put on my fortune teller's turban and make a prediction, I would say it'll drop sometime in June. July at the latest.

So watch this space, O gentle readers, and try not to get any sand in your eyes.
Posted by BigFella at 8:07 AM