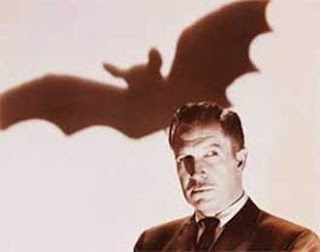 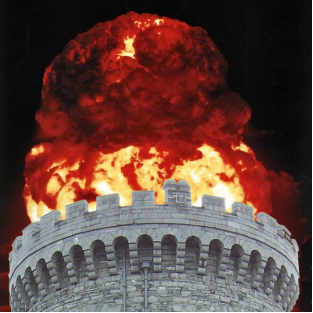 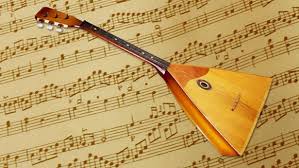 As you'll note from the note in the attendance card, the player who ran Richard Darkmagic was unable to continue playing with us due to an uptick in his work schedule, so his magic user was converted to a permanent henchman.

Well, permanent might not be the best word, as you'll soon see...

Anyway, our friendish fiends continued their looters tour of Cardille Keep, making their way up to the upper floors.

One of the rooms was a conservatory where the skeletons of several elegant ladies, as could be determined from the moldering silken finery the bones were bedecked in, sat on dust covered couches. There they found the fancy balalaika, which Rael the Werethief claimed for keeps. (I love it when players take a personal interest in treasure they find rather than just marking down the gp value and cashing it in at ye olde fantasy cheque cashing and payedaye loanes establishmente.)

From there they made their way up to the top of the tower, where they were attacked by Lobovich's squad of giant bats. (There are just some features that come standard in a vampire's castle, although I guess the old boy sprang for the deluxe option here.) The party fought them off, punctuating a death sentence on the leathery beasts with a Big Red d30 fueled Fireball! BOOM!

Leaving the top of the keep in flames, and resolving to come back and check out that iron cauldron hanging from chains in the topmost battlement after the fire had died down, our party of pyros quit their castle casing for other pursuits.