No combat per se, but some stuff acquired:

A pony named Gerald.
One syrupy green potion that smells vaguely of cut grass.
1 treasure map with an X in the middle of Lake Moguera in the foothills about a days travel south of Strangledorf on the road to Kroenenburg.
A cryptic warning from the bitten Imperial courier as he hideously transforms into a werewolf:
“The Spider Wolf”
Beware… 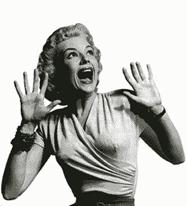 So having made the decision to head east to richer pastures in the port city of Kroenenberg, the party heads back to Strangeldorf to kit up and get on the road.

Vlad buys a pony, and names it Gerald. Yup...

And off they go. They spend the rest of the day tramping down dilapidated roads in fairly pleasant weather, all things considered, as they come down out of the mountains into the foothills and onward to rolling, forested lowlands. I'm kinda blanking on where they picked up that map and potion. (Sorry, it's been almost five years and sometimes the emails were very terse and to the point.)

Anyway, as night falls they find themselves at a deserted coaching inn, where they decide to bed down. The only other occupants are a couple of Imperial Couriers heading in the opposite direction.

Once again my ephemeral memory eludes me as to whether they interacted much with these guys, but seeing as the couriers were on official business I don't think they wanted much to do with a bunch of freaky creeps and creepy freaks from Strangeldorf, and thus bedded down in a different room and locked the door.

Naturally, in the wee ours of the night our heroes awoke to the sound of horrified screams from the two men. Rushing into the room, they get there just in time to see something large and hairy dragging one of them out the window and vanishing into the night.

The other was left writhing on the floor with a painful bite, lets say on his leg. As the party tries to give aid and find out what's happened, the remaining courier starts going all fuzzy and toothy and only manages to gasp out that cryptic warning before he starts foaming at the mouth and growling. 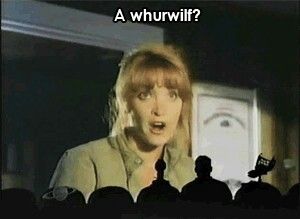 Tune in next week as the party gets entangled in something new and horrible.