Casualties:
Doug the rat creature zombie, petrified by a cockatrice

Monsters Mashed:
Lobovich the Vampire – Siphoned out of coffin in mist form with a bellows, dumped into portable coffin, and dragged outside to dissipate in the sunlight. Dead for good.
315 EXP 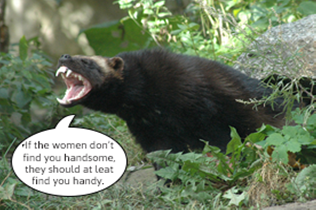 Now all you need to get is those mushrooms.

So the party's solution to their gaseous vampire problem was to go back into town and buy a bellows off of a blacksmith and a cheap pine box from the local Crypt & Barrel, head back to the dungeons of Cardille Keep, pump the misty mass of Lobovich out of his immovable stone sarcophagus and into said cheap pine box, and then drag his sorry undead ass out into the sun. Bada bing, bada boom, bada blah!

I think they sold the bellows back to the blacksmith at a discount, since after being used as a vampire siphon it kinda gave out the moans of the unquiet dead when squeezed and was maybe a little bit cursed. In retrospect that was a plot thread I could have had a little more fun with, but c'est la donjon.

Since they'd held up their end of the bargain, Bark Eatin' Ted acquired the rest of the above ground available ingredients for Rael's werewolf cure. The only thing remaining on the list was the deep dwelling Mountainroot Morels. Ted magnanimously told them of a cave up the mountains where the fungus probably grew, wished them luck, and vanished into the underbrush.

I don't totally recall the ghoul situation. I think it was just a random encounter that they avoided, and wisely so. The Greenishghul sprigs they were carrying might have attracted the creatures, maybe.  Frikkin' ghouls.

They found their destination, and found a cockatrice was nesting in the mouth of the cave. One of Arongoth's shambling entourage of zombified rat creatures got turned into a knickknack, but the rest of the party avoided its fierce, chickeny gaze. A fusillade of magic missiles (probably overkilled enhanced by my use of the Big Red d30 rule) turned it into nasty mcnuggets and cleared their way to delve deeper into the cave.

Stay tuned to see what they ran into down there...
Posted by BigFella at 8:35 AM